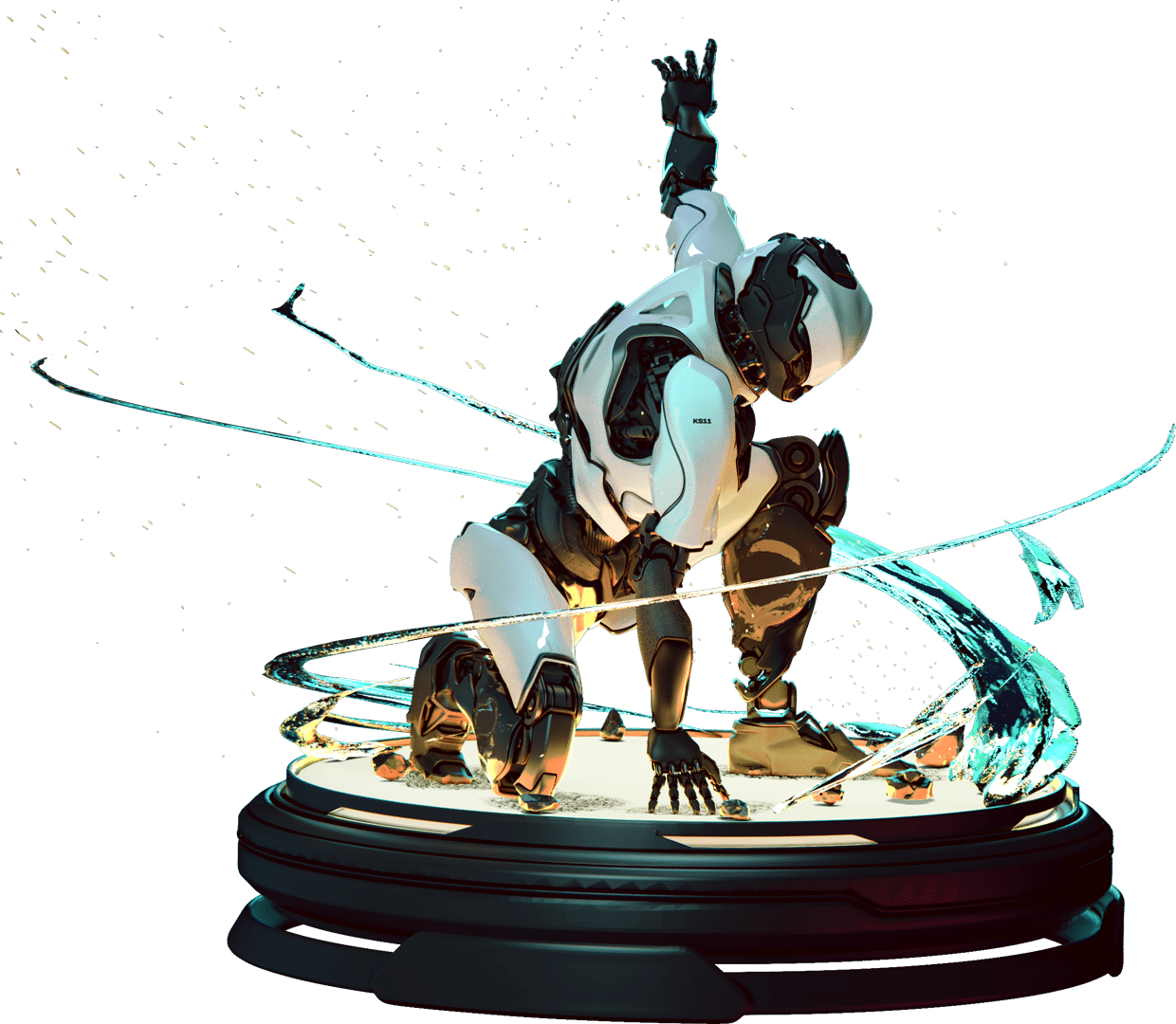 KeyShot is everything you need to create incredible images quickly. The real-time 3D rendering workflow displays results instantly and reduces the time it takes to create realistic product shots. From scientifically accurate environment and material presets to advanced material editing and animation, creating interactive product visuals or sales and marketing images has never been easier.

Learn about the new features of the latest and greatest from Luxion. KeyShot 11 will significantly enhance your viewing experience, from our patent-pending RealCloth ™ website to rendering on the GPU. 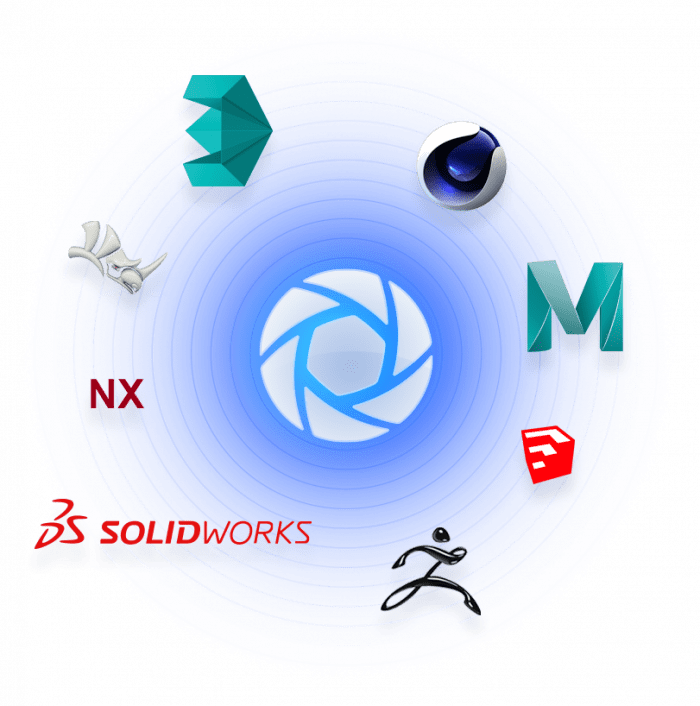 KeyShot includes native support for more than 30 leading 3D file formats. Free plugins load with one click, while LiveLinking keeps the design in sync across all apps. Whether it's a small gadget or a massive assembly, using KeyShot means less loading time and more creation time.

KeyShot includes more than 750 preset materials, with thousands more in the KeyShot Cloud, and advanced capabilities to create your own. Apply textures, labels and variations with ease. KeyShot's powerful lighting, studio, and imaging tools allow you to capture and style the perfect shot every time. 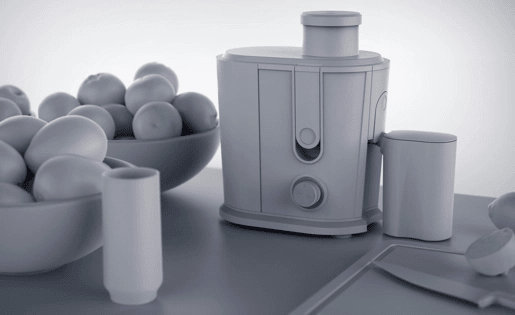 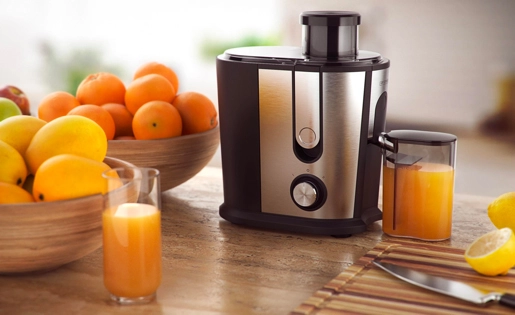 KeyShot is designed to be fast, whether it's creating still images or generating animations to take your images to the next level. From dynamic turntables and detailed product definition views to product configurators and immersive virtual reality, KeyShot enables you and others to explore and engage with your ideas.

The power of visualization

KeyShot gives you the power to create the high-quality visuals you need at every stage of the design-to-market process. 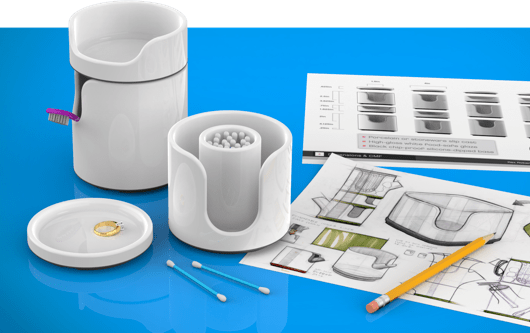 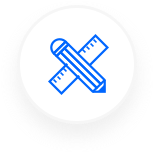 Create, iterate and refine. Collaborate, develop and implement. KeyShot was built for the modern designer with a user interface designed to allow you to visualize your ideas at the speed of thought. 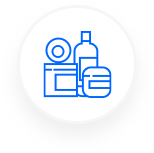 Whether it's graphics for manufacturing or technical documentation for clients, KeyShot gives you the ability to generate the visuals you need when you need them to make design decisions faster and get products to market faster. 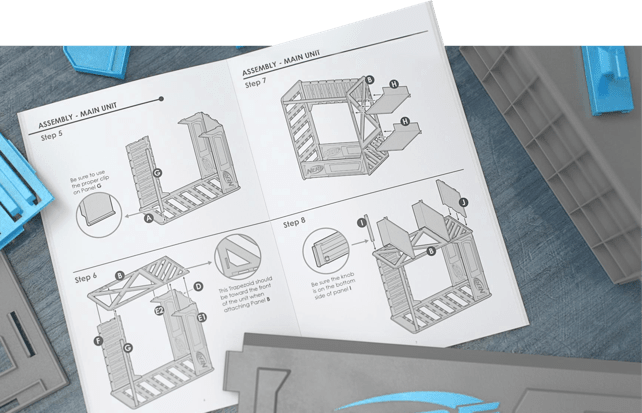 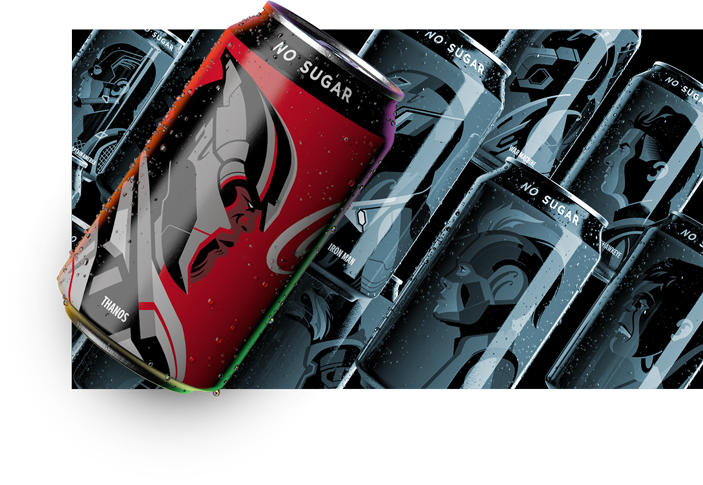 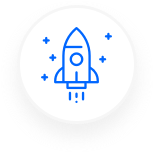 From website and catalog to packaging and store, KeyShot empowers you to create the high-end visuals that engage customers and communicate your product more effectively.

KeyShot spans the world and across industries and gives you the flexibility to create images for anything you can imagine.

The standard for visualization

From the beginning, KeyShot has been the display standard throughout the design process, from initial concept, through design iteration, to the store shelf. Wherever you've seen the best products, you've seen KeyShot.

If detail and precision are what you need, KeyShot offers the grain and stitch you are looking for. With exclusive leather materials, custom texturing capabilities, and a never-before-seen cloth and cloth simulation, KeyShot offers an unmatched level of detail.

KeyShot is used in your industry and beyond to create the powerful visuals that communicate endless possibilities. You'll be amazed at how easily you can create everything with KeyShot, from the finest detail in textures to bathing your scene in perfect lighting.

No rendering solution lets you create images faster than KeyShot. With the ability to control the appearance of the material, configure the lighting of the environment and create limitless variations, KeyShot provides the ability for an unmatched level of realism.

The widest direct import support and free plugins with LiveLinking

Use the complementary suite of KeyShot products to create even more engaging content.

Share your KeyShot scene with the free viewer or view interactive product configurators. 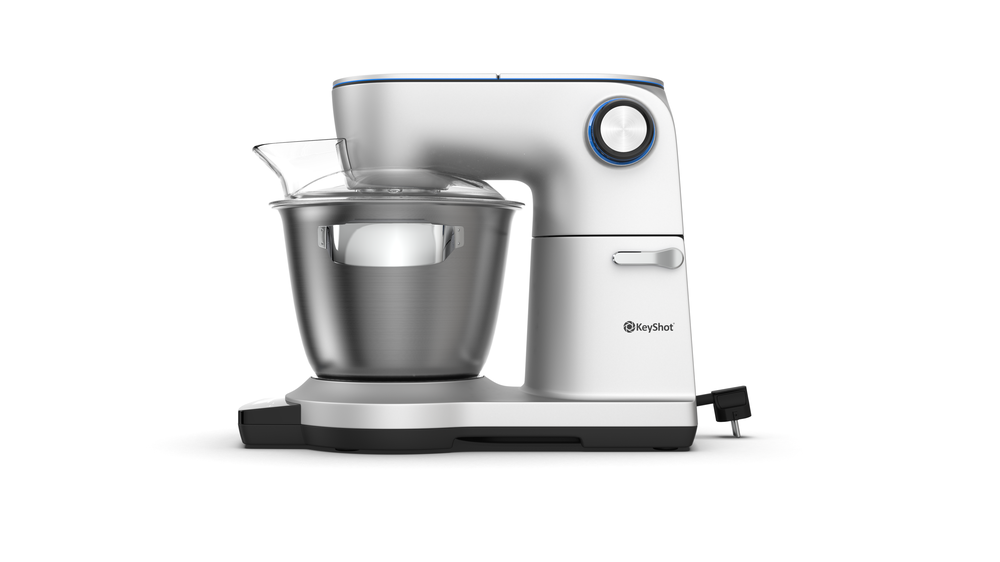 Create interactive and tactile images for the web and mobile.

Download KeyShot and see how quickly you can create amazing 3D renderings and animations of your 3D models. 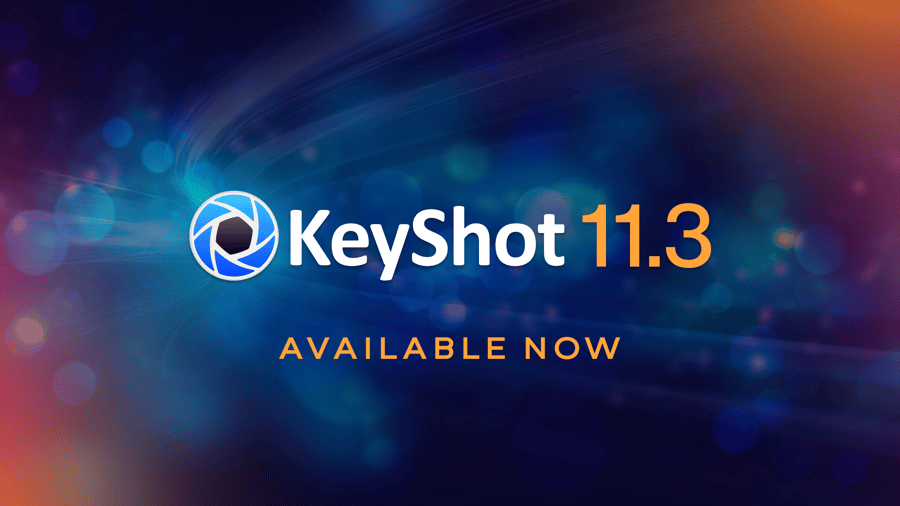 As part of our continued efforts to provide the best 3D rendering software, we’ve released KeyShot 11.3. This point release of KeyShot 11 includes full native support for Mac computers with Apple silicon (no longer in beta), plus other powerful new features to speed up your workflow.

In the previous 11.2 release, KeyShot offered support for Apple Silicon in beta. Now we are pleased to announce full Apple Silicon support in 11.3. If you have a newer Mac with Apple silicon, you will experience 15 to 30% performance gains in both rendering and overall usability. KeyShot Network Rendering users will also see benefit from performance gains in Apple silicon, experiencing even faster render times.

KeyShot Web Viewer features a revamped user interface that makes product viewing faster and easier on mobile and desktop devices. Load times are 2.5 to 4 times faster, depending on browser and scene.

KeyShot 11.3 also delivers a new Merge Parts feature in the Mesh Simplification tool that can help slim down scene size for a faster viewing experience. Cameras and Environment variations are also now supported in web viewer.

In addition to faster rendering times for Mac users, other 11.3 updates for KeyShot Network Rendering users include: 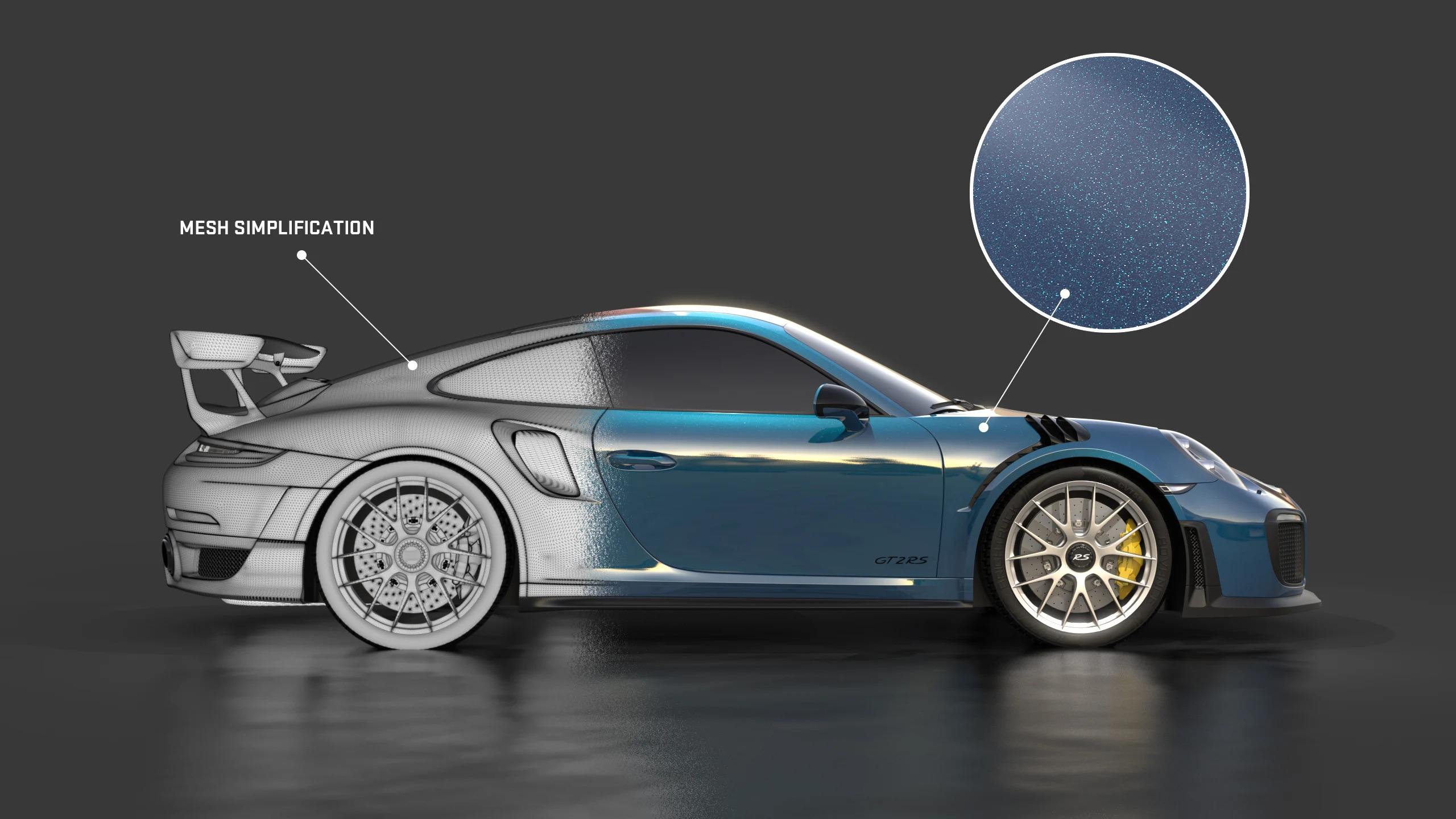 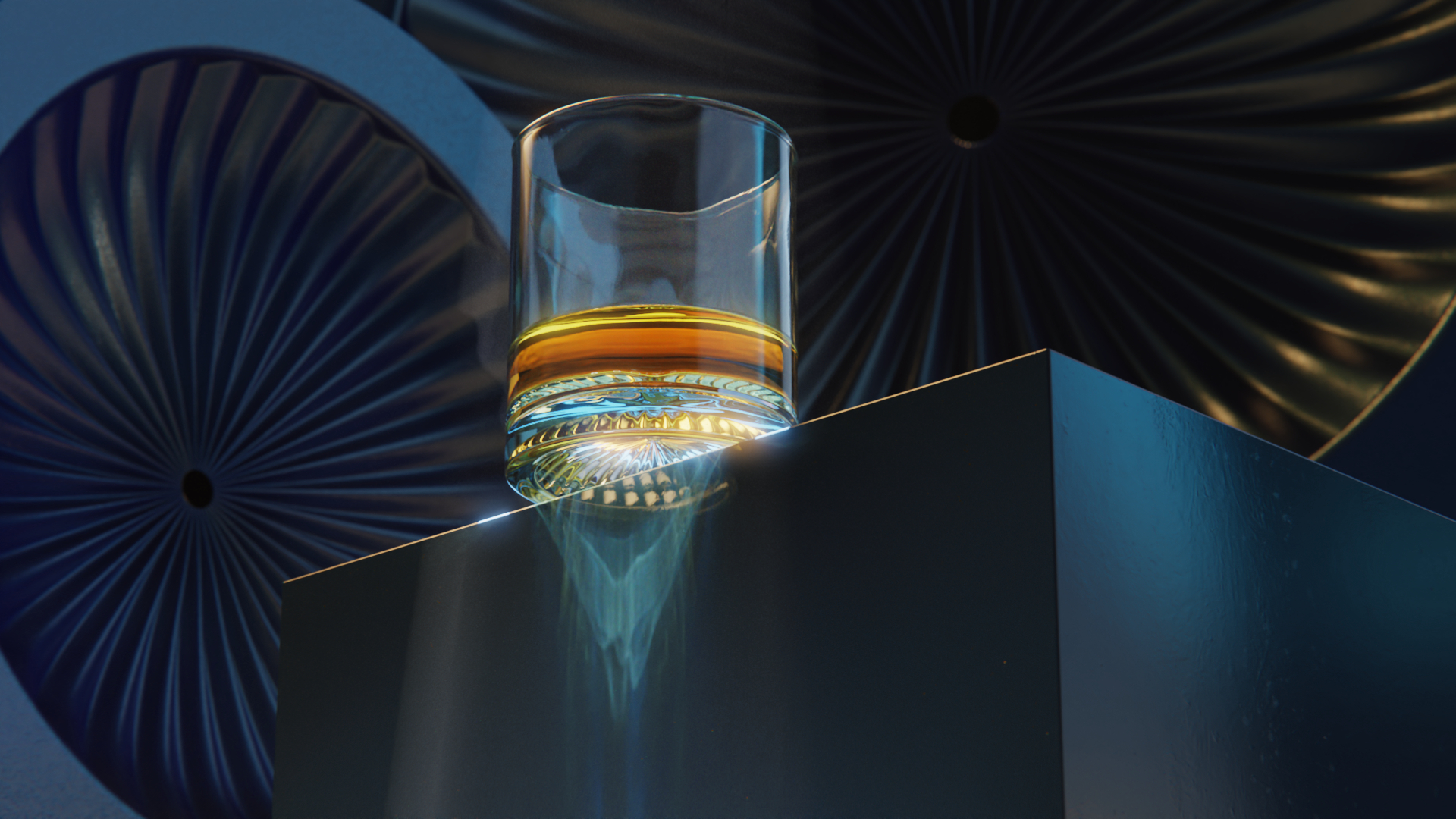 The following highlights the top features in KeyShot 10.2. More details and examples of the new capabilities across KeyShot 10 are available at keyshot.com/whats-new/. The entire list of features and improvements in KeyShot 10, along with information on how each feature works, is available in the KeyShot 10 What’s New Guide. Key new features include:

Caustics
A new caustic algorithm was developed for KeyShot 10 with additional refinement and speed improvements made in KeyShot 10.2. The new algorithm can handle thousands of lights, runs blazingly fast on the new NVIDIA RTX Ampere GPUs, and allows details and fine structures in the caustics to be seen in a fraction of the time, both up close and at a distance. Additionally, caustics have been improved for smooth environment lighting and more consistent brightness. Read more about Rendering Caustics in KeyShot on the GPU.

The KeyShot Materials Library has been completely re-done with new material-specific thumbnails to visualize material appearance and properties more accurately. With this, users now have the option to select the thumbnail style from among seven different models for preset, downloaded, or newly created materials. Along with this, the library will now load resources dynamically, no longer locking the library while loading. Note: it is recommended to use the full installer to load this new functionality.

Touch-Friendly is a new Layout Style available in the Configurator Wizard that provides a minimal, touch-friendly interface for Presentation mode. The new style provides customization options specific to the interface elements including options for size, color, styling, and icons. Previous configurators may be updated to use the new style by choosing the Touch-Friendly in the Layout Style options.

Mesh Simplification is a new Geometry Tool that allows a user to reduce the number of triangles in a mesh while keeping the overall shape. This is useful to simplify geometry for later use in KeyVR or other AR applications where performance relies on the number of triangles in the model. This tool is similar to the Re-Tessellate tool that requires NURBS to calculate the new mesh. For models that do not have any NURBS, the new Mesh Simplification tool prevents the need to reduce the quality in the modeling software only to re-import it into KeyShot. Learn more about Mesh Simplification. 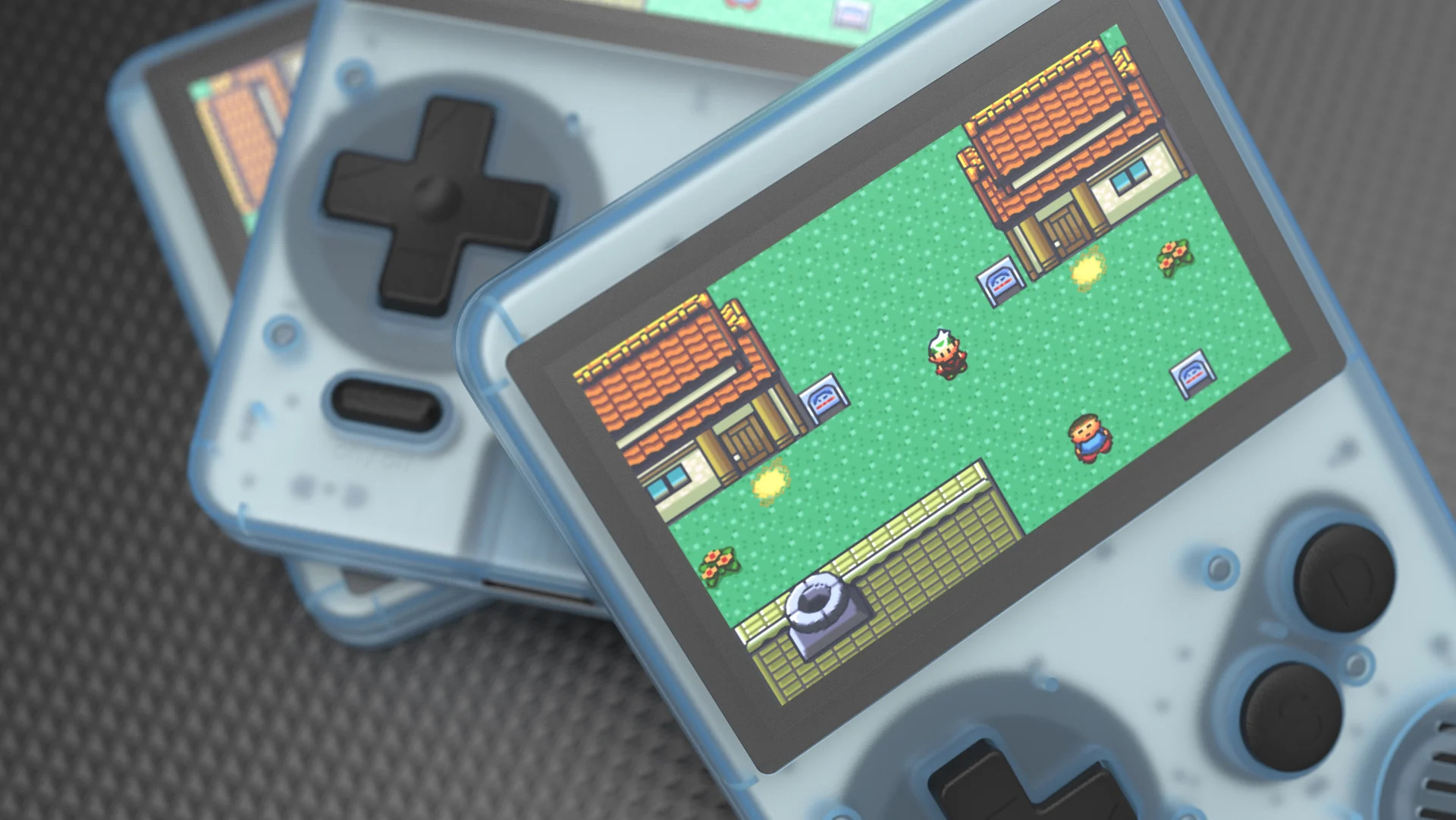 Today, we're excited to bring you KeyShot 10.1. With KeyShot 10, Luxion introduced consolidated light management, advanced keyframe and environment animation capabilities, the all-new Smart Export for a wide variety of 3D output options, and a completely redesigned Move Tool for improved accessibility and placement.
KeyShot 10.1 brings additions to complement both feature and workflow with Collision Detection and Part Settling, Smart Export to multiple AR formats at once, USD Import, and multi-selection for both Light Manager and Keyframe Animation. Along with these updates, Luxion has launched KeyShot Portal with new trial licensing for improved management and accessibility of KeyShot licenses.

KeyShot 10.1 introduces the ability to export a KeyShot file into separate USDz and GLB files as part of one export process that performs the Baking and UV unwrapping together, allowing easy creation of files that work for both Apple iOS (USDz) devices and Android/Web (glTF/GLB). Baking and UV Unwrapping can now also be canceled. USD import has also been added to the Import options for KeyShot to allow you to advance the appearance of their model then export it to multiple AR platforms.

For the Light Manager, KeyShot 10.1 introduces the ability to select and control multiple lights simultaneously, making proportional adjustments to the entirety of a scene’s lighting or select lighting, fast and efficient. KeyShot 10.1 also improves Light Gizmo and Light Manager usage by introducing the ability to sync changes and undo changes using Ctrl-Z (Windows)/command-Z (Mac) or via the Edit, Undo menu.

KeyShot 10.1 introduces the ability to select multiple keyframes at once from within the Animation Timeline, using Ctrl (Windows)/command (Mac). Additionally, multiple keyframes may be copied and pasted along the same node using Ctrl-C + Ctrl-V (Windows)/command-C + command-V (Mac) or pasted as mirrored. Lastly, Custom Easing Curves may now also be edited for multiple animations at once.